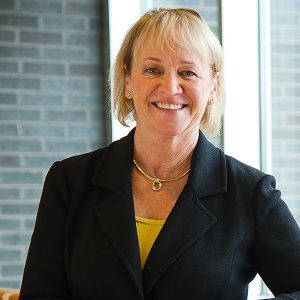 Susan Shannon Engeleiter lives in St. Paul, Minnesota, and received her undergraduate degree in communication arts in 1974, and her JD in 1981, at the University of Wisconsin–Madison. Susan is the CEO and president of Data Recognition Corporation (DRC), which delivers educational assessments for the K–12 and adult education markets. Susan previously served as vice president of government markets at Honeywell, Inc., from 1992-98 and was appointed by President George H.W. Bush in 1989 to direct the Small Business Administration in Washington, D.C.  She served as a state senator for Wisconsin’s 33rd District from 1984-88 and served as the Senate minority leader during these years.

Why she participated: I am honored to support the Teacher Pledge initiative as part of Impact 2030. As a University of Wisconsin alum and longtime advocate for excellence in education, it reflects my desire to support teachers and communities in the state of Wisconsin. It is a privilege for me to help the future teachers who are attending UW–Madison’s School of Education and receiving an exceptional education there.