The School of Education’s Dance Department presents the annual Kloepper Concert, a performance of new student work, in the Margaret H’Doubler Performance Space on Dec. 4-5. 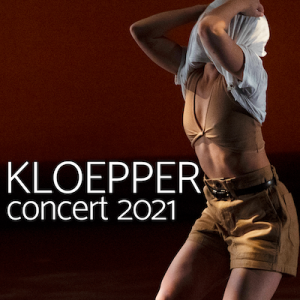 This concert is named for Louise Kloepper, former chair of the Dance Department. Kloepper came to UW–Madison in 1942 to study dance, after almost a decade teaching and dancing with the Hanya Holm School and Company. In 1942, she was the first dance professional admitted as a dance student at the UW–Madison campus. The same year she graduated, in 1946, she became an assistant professor at UW–Madison. Kloepper was a distinguished teacher of dance technique and composition, serving as artistic director and producer for many faculty-student presentations. She chaired the program for several years and was a professor of dance until she retired in 1975.

Anna Nassif, professor emerita in the Dance Department, says Kloepper was a humanist who followed the ideas of John Dewey and Margaret H’Doubler, and who put her faith in each student’s ability and talent to grow into a teacher, artist, or therapist by his or her own effort and motivation.

Purchase tickets for the Kloepper Concert ($18/general admission and $10/students and seniors) at the Campus Arts Box Office, on the first floor at Memorial Union, by phone at 608-265-2787, or online at artsticketing.wisc.edu.