“Here Lies the Truth,” a mixed-media, collaborative dance theater work from Li Chiao-Ping Dance, is receiving significant media attention in the lead up to its San Francisco run from Sept. 29 – Oct. 1. 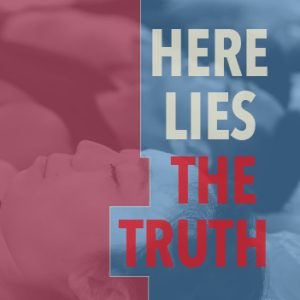 The work, which premiered at the Overture Center for the Arts in Madison in March 2022, is a collaboration among visual artist Douglas Rosenberg, a professor in the School of Education’s Art Department; sound designer/composer Tim Russell, a faculty member in the School of Education’s Dance Department; dramaturg Cláudia Tatinge Nascimento; and choreographer and company founder Li Chiao-Ping, the Sally Banes Professor of Dance and a Vilas Research Professor in the Dance Department.

The San Francisco Examiner shines a light on Li’s San Francisco roots in an Aug. 30 story that is headlined, “San Francisco choreographer Li Chiao-Ping returns home to premiere ‘Here Lies the Truth.’ ” The story follows Li from her introduction to dance growing up, to when she premiered Li Chiao-Ping Dance in San Francisco in 1990, and until the present day.

Li tells the Examiner that of all her works, she is most proud of “Here Lies the Truth,” which was stoked by the 2016 U.S. presidential election and the proliferation of fake news and alternative facts. The story notes that “her exasperation and confusion intensified as recent years brought police violence, anti-Asian hate crimes, and malicious rhetoric spurred by the COVID-19 pandemic.”

“I needed to have an outlet, I think, for the frustration I was feeling,” says Li. “I am not a politician. I am an artist. I feel like what I can do and share is something that can make commentary.”

Li shares that she is eager to premiere “Here Lies the Truth” in her hometown. “It is really an honor to have everyone together, to believe in it and to put so much energy behind it,” she says. “Performing anywhere is scary because it’s risky. It’s been a while since I’ve brought a full-length production to San Francisco. I’m excited but nervous.”

“Here Lies the Truth” is also spotlighted as one of 10 “can’t miss” dance events in the San Francisco Chronicle’s fall list, where the show is described as a “visceral, theatrically bold exploration of race, identity, positionality, and access.”

A story in the Marin Independent Journal puts the focus on Rosenberg, who also grew up in the Bay Area, and how he and Li, who are husband and wife, have been collaborators as well as partners since they first met at North Carolina’s American Dance Festival.

In an interview for BayDance.com, Li says she wants to be a part of making change. While her work has not always been focused on social issues, “At some point you really do want to say something, and have an effect on something, or do with something your position,” she says.

She recalls, “I looked back at the truth of my own life and wondered, what part did I have in making change, changing the notion of the model minority, buying into breaking some sort of ceiling.” Li adds she was inspired by activism taking place around her.

“I was really inspired by the young people,” she says. “I thought, why am I so afraid to speak up?”

“Here Lies The Truth” will be presented as a co-production with CounterPulse from Sept. 29 – Oct. 1 in San Francisco. All performances will begin at 8 p.m. More information and tickets are available here.