Jill Underly — who received her master’s (2008) and PhD (2012) from the School of Education’s Department of Educational Leadership and Policy Analysis — won a state-wide election in April to become Wisconsin’s next state superintendent.

Underly, who had led the Pecatonica Area School District the past six years, starts her position in July.

Underly takes over for Carolyn Stanford Taylor, who was superintendent since Tony Evers left the post midterm in 2019 after he was elected governor. Stanford Taylor declined to seek a full term. Stanford Taylor (BS, 1978; MS 1979) and Evers (MS 1976; PhD 1986) are also alumni of the School of Education.

Nancy Hornberger, who received her PhD from the School of Education’s Department of Educational Policy Studies in 1985, was elected to the National Academy of Education (NAEd) in March and will be inducted at the November 2021 meeting.

Hornberger is a professor emerita of education at the University of Pennsylvania. She is internationally known for her work in bilingualism and biliteracy, ethnography and language policy, and Indigenous language revitalization. She researches, lectures, teaches, and consults regularly on multilingual education policy and practice in the United States and the Andes (Peru, Bolivia, and Ecuador), and has also worked in Brazil, China, Mexico, Singapore, South Africa, Sweden, and other parts of the world.

The NAEd consists of U.S. members and international associates who are elected on the basis of outstanding scholarship related to education. 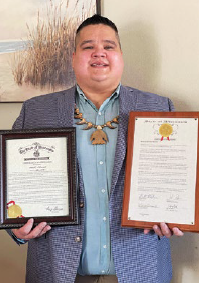 O’Connor earned a master’s degree in 2013 from the School of Education’s Department of Educational Leadership and Policy Analysis.

Both honors recognize that O’Connor was named a “Native American 40 Under 40” award winner for 2020 by the National Center for American Indian Enterprise Development. They describe his dedication to education as stretching “far and wide, across the entire state of Wisconsin and beyond.” O’Connor is originally from, and is a member of, the Bad River Band of Lake Superior Chippewa (Ojibwe) in northern Wisconsin. In his role with DPI, he supports school districts’ efforts to provide instruction on the history, culture, and tribal sovereignty of Wisconsin’s American Indian nations and tribal communities, and the education of Native American students. 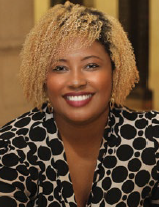 Dortch earned her PhD from the School of Education’s Department of Educational Leadership and Policy Analysis in 2016.

The purpose of this award is to recognize an advanced doctoral student or assistant professor whose scholarly contributions are poised to contribute to scholarship in the field of multicultural/multiethnic education.

Dortch’s research and teaching grapples with systemic oppression across multiple axes. In the fall of 2021, she will be transitioning to a tenure-line position as an assistant professor at George Washington University.