Lianne Milton is a documentary photographer and photojournalist who is pursuing a master of fine arts degree through the School of Education’s Art Department. Milton explains that her work “examines the impact of socio-economic issues on race, class, and citizenship — from global migration to the lasting effects of poverty and violence — as well as exploring the relationship between the environmental landscape and the human experience.”

In October, Milton photographed an assignment for The Washington Post for a story that examined how an inner-city group in Milwaukee is addressing decades of neglect in the city’s black community in preparation for the 2020 elections.

The Post story explains how Angela Lang, 30, launched Black Leaders Organizing for Communities (BLOC) in November 2017 to focus on voters in Milwaukee’s most impoverished neighborhoods, places where paid canvassers for campaigns often don’t go because they deem it too dangerous or because many residents, with criminal records, are not eligible to vote.

“I followed three brothers as they went door-to-door talking to residents about issues that matter to them,” Milton says of her assignment in Milwaukee. “Later, I spent time with their family and mother, Keisha Robinson, who is BLOC’s program director and mother of nine. It was a special introduction to Milwaukee for me through Keisha and her family — a strong, loving mother, and the family’s matriarch.”

Traditionally based in Brazil and Washington, D.C., Milton’s work at UW–Madison is being supported via an Interdisciplinary Artist Research Cohort fellowship. 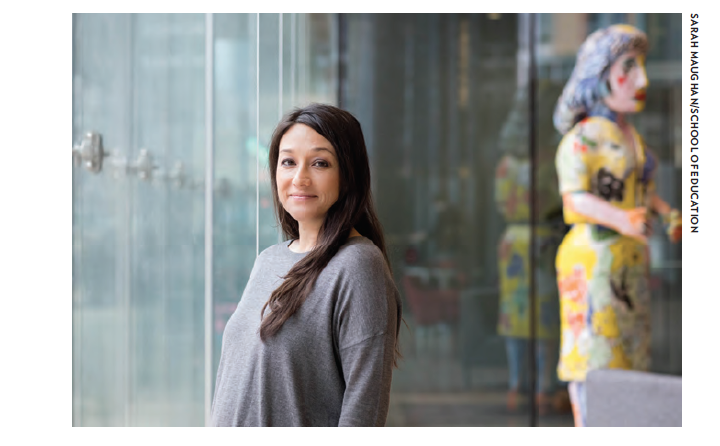 “I decided to come to UW–Madison because it is a top research institution in a state that has some very concerning social issues. Access to researchers and professors in different departments and programs is important in developing my own research.”