The Atlantic recently reviewed “Principles for Success,” a condensed version of Ray Dalio’s original book, which is meant to be read by any age.

However, Joe Pinsker, a writer for The Atlantic, and UW-Madison’s KT Horning, director of the Cooperative Children’s Book Center (CCBC), were unsure of how younger readers would respond to Dalio’s book. 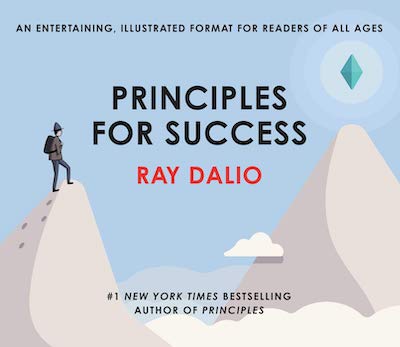 The Atlantic explains: “What has made Ray Dalio, the billionaire who founded the biggest hedge fund in the world, so financially successful? Dalio himself has offered an explanation: In 2017, he summed up his accumulated wisdom in a book called “Principles: Life & Work,” which was purchased by more than 2 million people worldwide and received testimonials from a phalanx of other billionaires, including Bill Gates, Mark Cuban, and Michael Bloomberg. Now, so that an even broader audience may access his insights, Dalio has condensed the nearly 600 pages of “Principles” down to 157, in the form of a picture book released late last year called “Principles for Success.”

The second iteration of Dalio’s path to success includes illustrations following a backpacking adventurer who’s pursuing a diamond on a faraway mountain top. While the protagonist faces various obstacles, Dalio uses those moments to discuss some of his “principles,” such as thinking for yourself and a five-step process to achieve success.

Following Dalio’s example, who reads his book to his 6-year-old grandson, Pinsker attempted to read the book to a coworker’s 5-year-old daughter, who seemed uninterested in the subject matter.

Horning explains that kids who are at picture book age, anywhere from six months to 7 or 8 years old, are unlikely to understand the big ideas presented in “Principles for Success,” especially because it uses complex sentence structure and advanced diction.

“The only way I could see a young child getting anything out of this is if an adult who really, really cared about what was in this book was sharing it with them, maybe bit by bit and talking about it with them in terms they could understand,” Horning tells The Atlantic. “I would say 6-year-olds aren’t really thinking about success, not in big lofty terms.”

She suggests that the book might be better for middle-school-aged children, given the popularity of graphic novels among teens. However, Horning notes that kids this age “are not terribly known for taking advice from adults.”

The CCBC is housed within the UW-Madison School of Education.